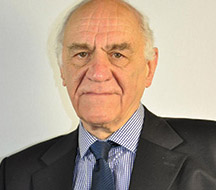 Dr. Alan Bird was trained in medicine at Guys Hospital Medical School, London University and undertook work in Neurology and Neurosurgery before his Residency at Moorfields Eye Hospital, London. He then completed a Fellowship in Neuro-ophthalmology in Miami with Dr. Lawton Smith and in San Francisco with Dr. WF Hoyt.

He then returned to London and has worked at The Institute of Ophthalmology London and at Moorfields Eye Hospital since that time.

The Institute of Ophthalmology London and Moorfields Eye Hospital represents one of the largest clinically driven ophthalmic research complexes in the world. A Medical Retinal Service was established in 1971 to undertake clinical work and research. Over the years a productive multidisciplinary research team of clinicians and scientists was developed.  Their work largely concerned the investigation of monogenic retinal disorders and macular diseases.  Dr. Bird worked with numerous fellows in a multidisciplinary activities, including molecular genetics, cell biology, electrophysiology, psychophysics, specialized imaging and morphology.

The service attracted a large number of Fellows from many countries who undertook research with members of The Institute that was highly productive. In order to contribute fully to research, Dr. Bird spent a sabbatical period with Dr. Dean Bok at UCLA in 1985 working in cell biology. Establishment of research programs was aided by the successful development of the Institute of Ophthalmology, which became a School of University College, London.  New research programs in inflammatory eye disease and retinal vascular diseases were established.

In addition Dr. Bird has undertaken work in Africa on Onchocerciasis that stimulated a change in management from Diethyl Carbamazine to Ivermectin that has had a major impact on blindness in the world. He was also involved in a longitudinal study of Sickle retinopathy in Jamaica that demonstrated the relatively benign nature of the disorder.

Dr. Bird has received a number of awards and accolades for his contribution to vision science.  He has published widely, having written more than 370 papers published in peer-reviewed journals, and over 70 book chapters.