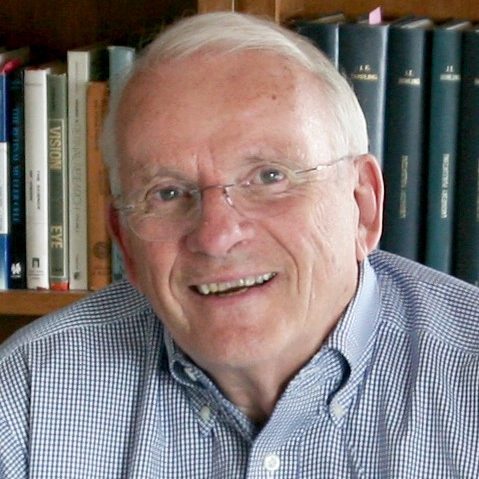 Dr. John Dowling received his A.B. and Ph.D. from Harvard University. He taught in the Biology Department at Harvard from 1961 to 1964, first as an Instructor, then as Assistant Professor. In 1964 he moved to Johns Hopkins University, where he held an appointment as Associate Professor of Ophthalmology and Biophysics.

He returned to Harvard as Professor of Biology in 1971, was the Maria Moors Cabot Professor of Natural Sciences from 1971-2001, Harvard College Professor from 1999-2004 and is presently the Gordon and Llura Gund Research Professor of Neurosciences. He was Chairman of the Biology Department at Harvard from 1975 to 1978 and served as Associate Dean of the Faculty of Arts and Sciences from 1980 to 1984. He was Master of Leverett House at Harvard from 1981-1998 and served as President of the Corporation of The Marine Biological Laboratory in Woods Hole from 1998-2008.

Dr. Dowling’s research interests have focused on the vertebrate retina as an accessible extension of the central nervous system.  He and his collaborators have long been interested in the functional organization of the retina, studying its synaptic organization, the electrical responses of the retinal neurons, and the mechanisms underlying neurotransmission and neuromodulation in the retina. More recently he has focused attention on zebrafish as a model system in which one can explore the development, genetics and color vision of a vertebrate retina.